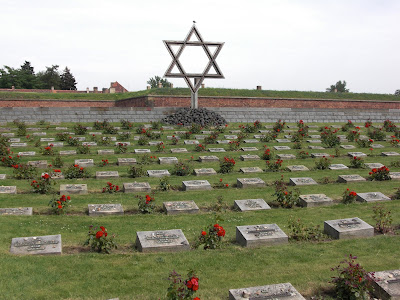 Built in 1780 by Emperor Joseph 2, the fortress town of Terezin (an hour north of Prague) was built to keep invading Prussians at bay. Gavrilo Princip the Serb nationalist who assassinated Archduke Franz Ferdinand (kicking off World War 1) died in this prison. Later in World War 2 it's use became more sinister, the Gestapo transforming it into a transit camp for Jews. 140 000 passed through of which 88 000 were destined for Auschwitz, 33 000 dying in it's squalor. Pictured is the National Cemetery in front of The Lesser Fortress - those exhumed from mass graves in 1945 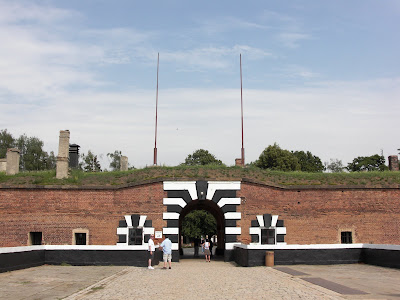 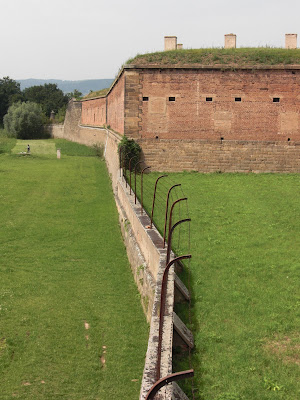 The Lesser Fortress has the melancholy remains of prison barracks, isolation cells, workshops and morgues..... 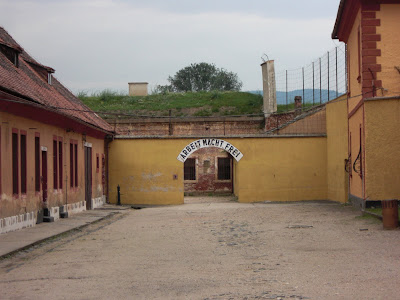 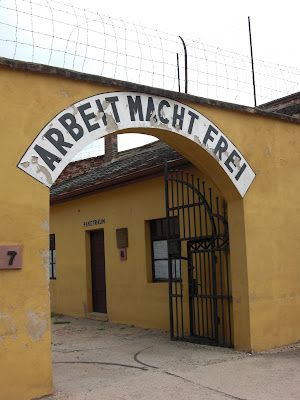 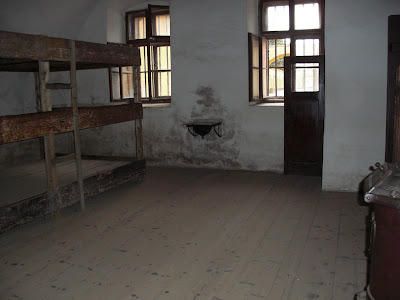 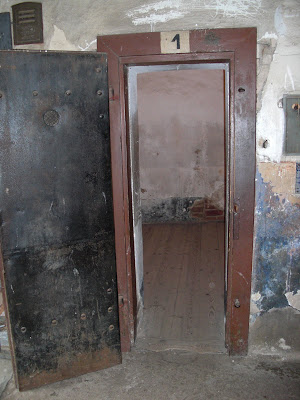 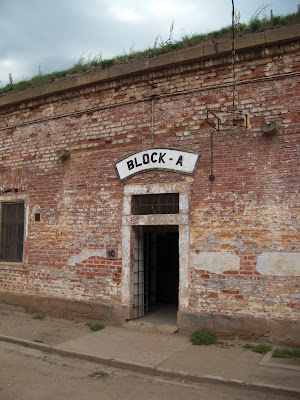 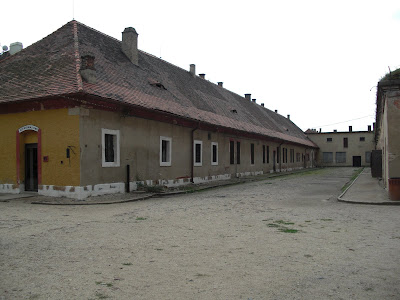 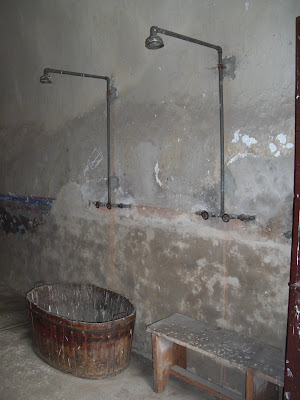 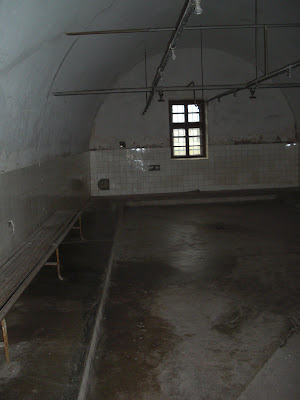 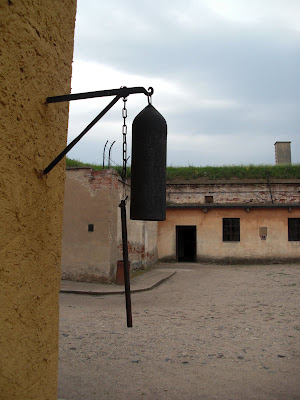 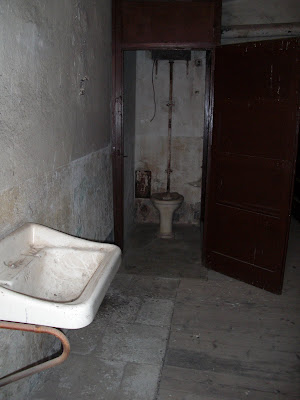 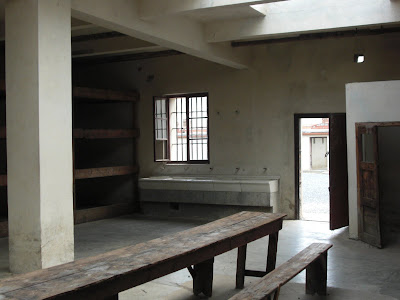 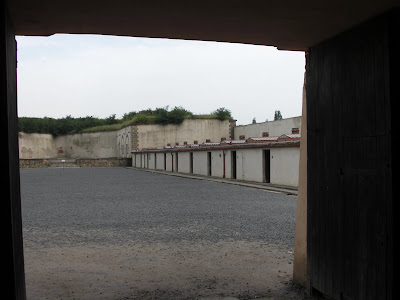 The tables were turned at end of the War when Germans were interned in these cells before being expelled from Czechoslovakia..... 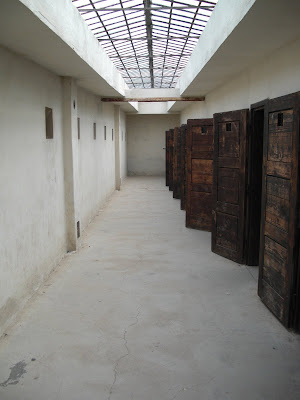 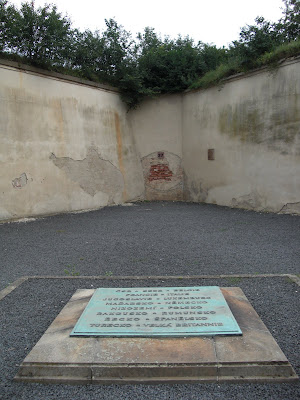 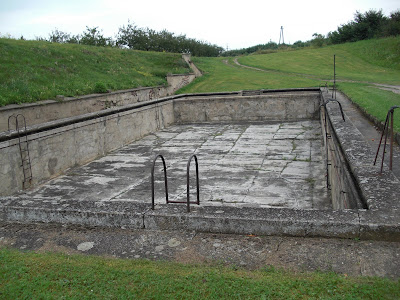 Swimming pool for use of the commandant and perhaps his subordinates 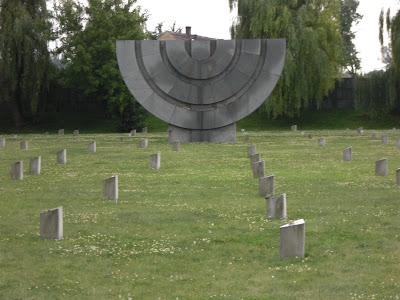 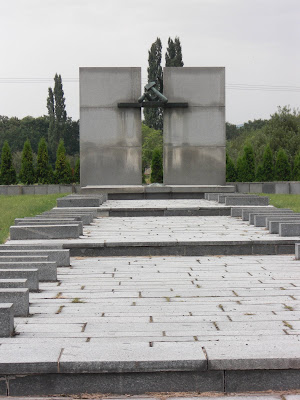 Memorial to Soviet soldiers who liberated Terezin in 1945 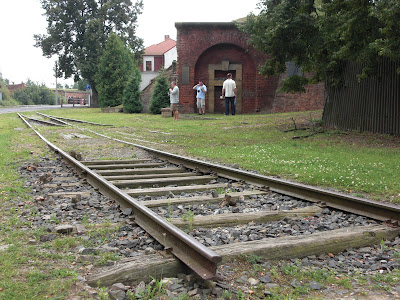 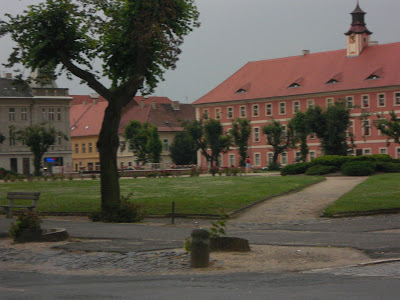 The Main Fortress surrounded the actual town of Terezin - In 1941 the local population was expelled to accommodate a transit camp. This was presented as a Jewish 'refuge' with the facilities of any town. Many fell for this deceit including the visiting Red Cross as late as April 1945. The streets around the main square today still have an empty eeire feel.....
1 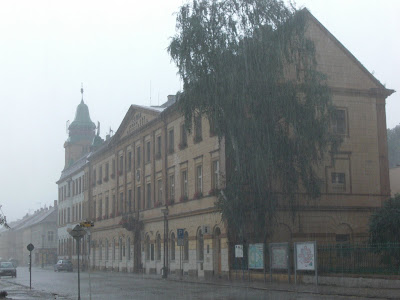