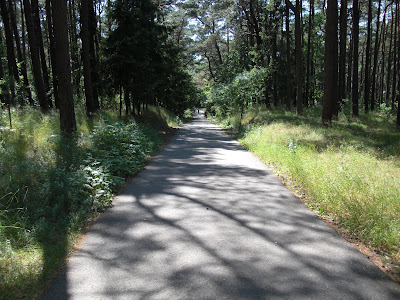 A few hundred metres across the water from Klaipeda is the Curonian Spit - this thin sliver of sand extends 90km south into The Kaliningrad Region of Russia. On one side is the sheltered Curonian Lagoon, the other The Baltic Sea 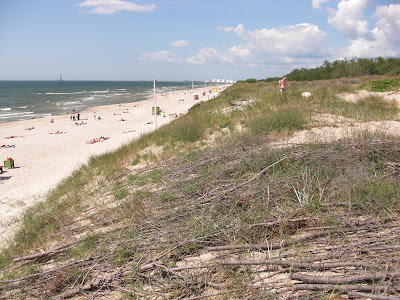 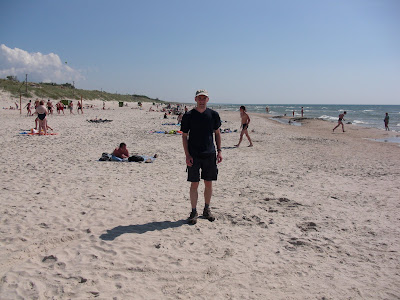 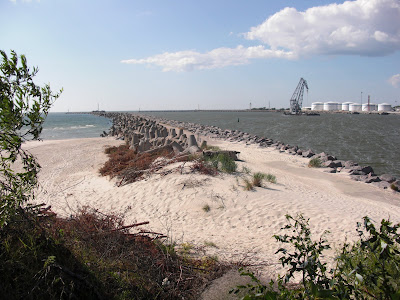 The northern most tip of the Curonian Spit. The docks of Klaipeda in the background marks where The Curonian Lagoon meets the Baltic in a narrow opening 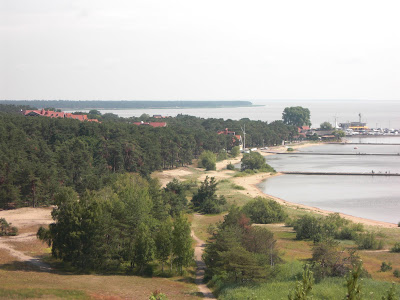 About 5o kilometres heading south down the Spit is the picturesque village of Nida, an old fashioned German fishing village now a haven for holidaymakers 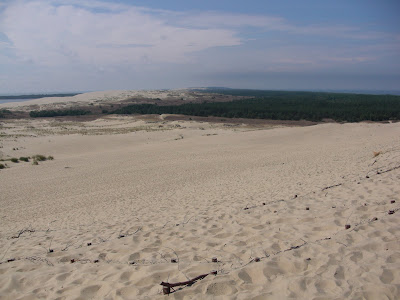 Parnidis Dune is the highest point on The Curonian Spit (52 metres) affording great views down the Spit towards Russia. At its widest the Spit is only 3 kilometres. Upper left is The Curonian Lagoon, upper right The Baltic Sea
1 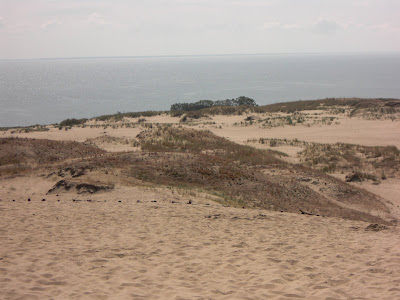 The dunes are very suseptable to erosion. The Curonian Spit National Park was founded in 1991 to protect it. Lush pine forests have been replanted along its entire length to prevent the Spit being washed away by The Baltic. Wild elk and boar roam the forests of The Spit 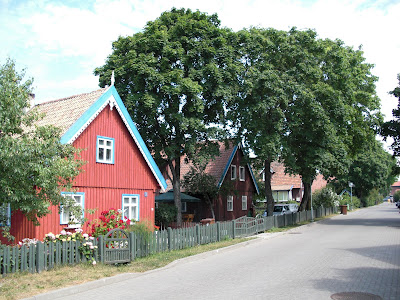 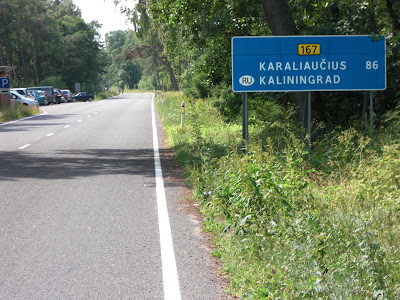 After the collapse of The Soviet Union The Curonian Spit was shared between Lithuania and Russia. A road runs along the entire length of The Spit. This picture was taken just outside Nida 3 kilometres from the border 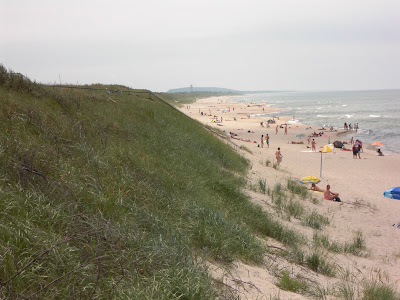 Gorgeous beaches on the Baltic side of The Spit. In the distance is a blurred border observation tower 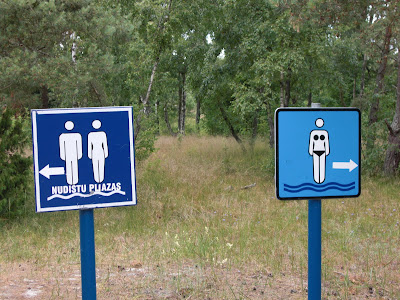 There's no excuse for wandering onto the wrong beach!!!!!