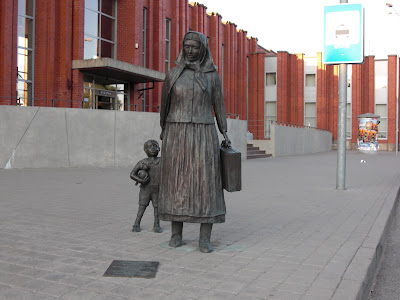 The melochonic 'Farewell Statue' (2002) at the entrance to the railway station depicts a mother and small boy clutching a teddy bear. A German gift to the city to remember the Germans who were expelled when the city became part of Lithuania in 1923 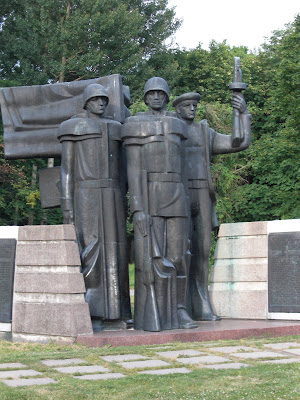 Remembering fallen Red Army heros in World War 2. Every ex Soviet city has collosal memorials to those who died in The Great Patriotic War..... 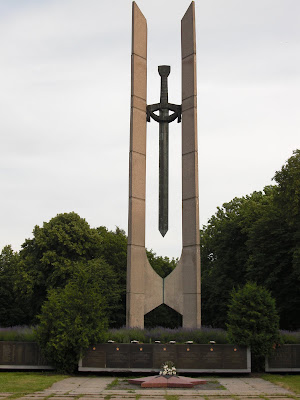 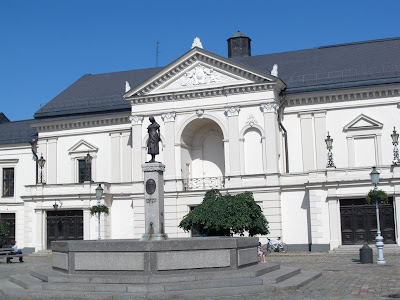 For centuries Klaipeda was a Prussian city and was known as Memel its Germanic name until 1925. After World War 1 and the Treaty of Versaille Memel was separated from the rest of Germany in an 'international territory', In 1923 Lituanian troops marched in and renamed the city Kaipeda. Later Hitler stood on the balcony of The Drama Theatre and proclaimed the incorporation of Memel into The Reich 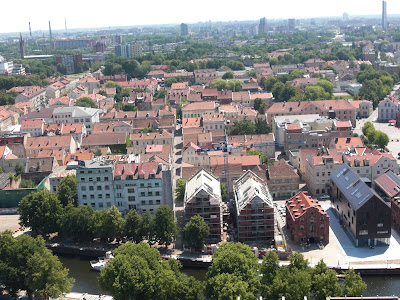 Over looking the reconstructed Old Town from the modern K Tower. Soviet 'liberation' and suicidal German defence reduced the city to rubble in 1944 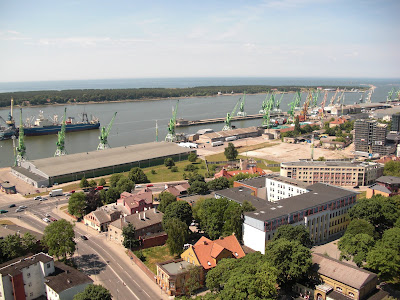 The Nazis used Memel as a submarine base. Looking out to sea is the northern tip of The Curonian Spit